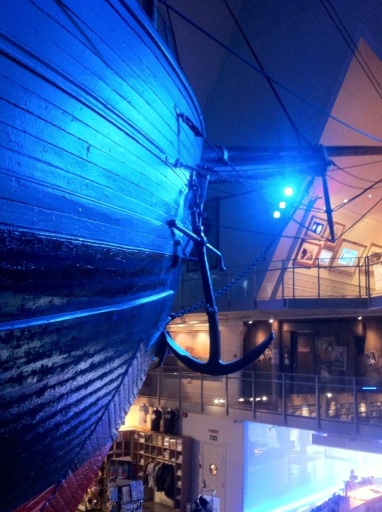 Yes, the Vikings were famous seafarers, and yes, Norse vikings were the first ones to discover North America. But what about the biologist and anthropologist Heyerdahl, and the polar explorers and scientists Nansen and Amundsen? Did we forget that Norway did not lose her seafaring skills with the Vikings, and has a place to claim next to the great explorer countries that discovered the world as we know it?

Such an interesting facet in a tradition-embracing country. The polar explorer ship Fram does not have a Viking bow, but meter-thick walls to tackle any ice – and a name that only leaves one choice: Forward.