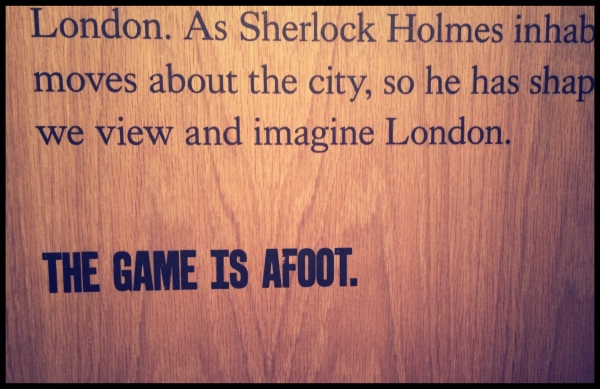 On a day off I made a quick nip into the world of Doyle and the London of Sherlock Holmes. In the sunshine, under a clear blue sky, it was odd to imagine the smog-filled city of 120 years ago, where so much splendor of the upper classes mixed with so much filth and poverty of the lower classes.

In the times of Sherlock Holmes lived also Charles Booth. Instead of investigating mysteries, he investigated social classes. With his team he color-mapped all of central London, house by house, by the social class of the inhabitants. 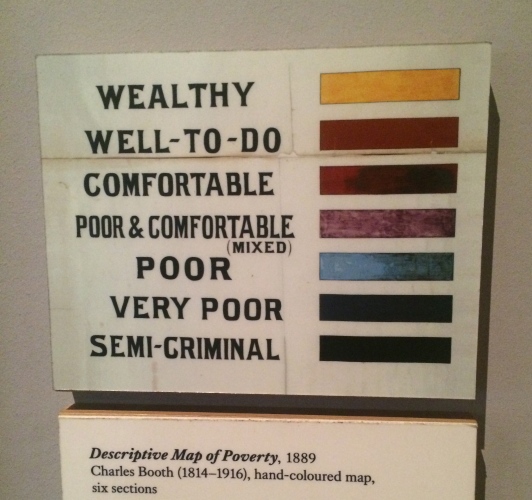 My usual haunts of Marylebone/Mayfair/Bayswater were among the wealthiest areas of town (see below – the street with a horizontal line is Oxford Street). How interesting to note that the blocks had wealthier people inhabiting the street sides, and poorer people living in the courtyards. 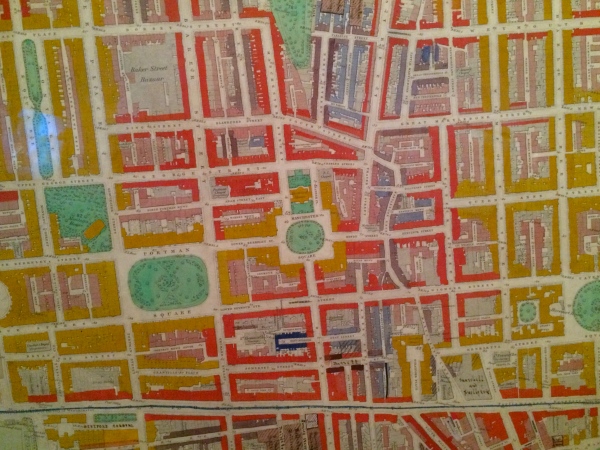 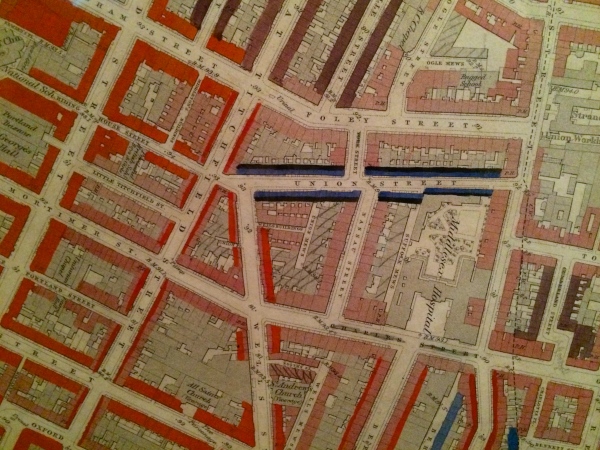 How easy it is then, to forget that the world of Sherlock Holmes and Oscar Wilde’s heroes encompass a vanishing 10% of the worlds within London. Most of the remaining 90% never saw more than a glimpse of the splendor of living, entertaining, and society of the people we think of when we think of turn-of-the-century London. Many of those 90% were happy to have a pair of shoes on their feet, and food for the following day. 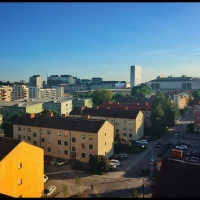