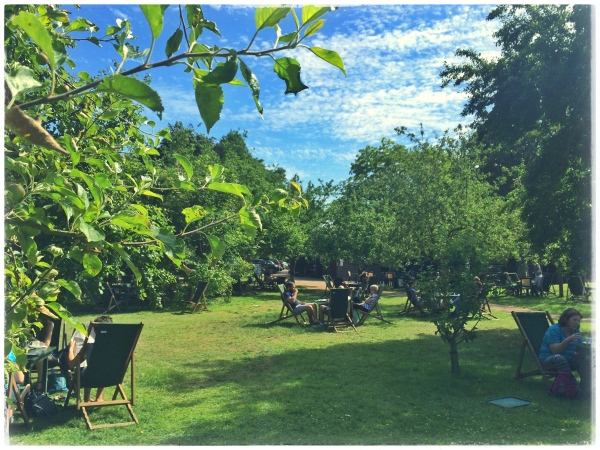 would I were
In Grantchester, in Grantchester! –
Some, it may be, can get in touch
With Nature there, Or Earth, or such.
And clever modern men have seen
A Faun a-peeping through the green,
And felt the Classics were not dead

But these are things I do not know.
I only know that you may lie
Day-long and watch the Cambridge sky,

Happy to be back in Cambridge. Rupert Brooke felt it, too, as he longed for Cambridge and Grantchester meadows from his apartment in Berlin in the spring of 1912.

103 years later we ditched our luggage with all their Polish dust at the hotel, grabbed Prosecco and strawberries and the picnic blanket and headed for Grantchester meadows, river Cam, and the summer sun. 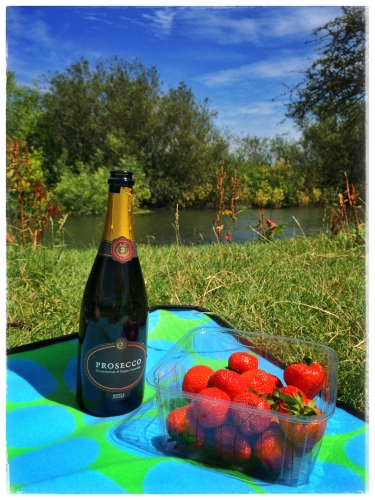 Hours later, heavy from soaking up the sun, we climbed over the cow fence into the Orchard at Grantchester, where Brooke and his friends Virginia Woolf, E. M. Forster, John Maynard Keynes, Bertrand Russell, and Ludwig Wittgenstein once used to sit and repair the world with the power of thought, word, and verse.

The church clock may no longer stand at ten to three, but there is always honey for tea – and fresh scones with jam and clotted cream.