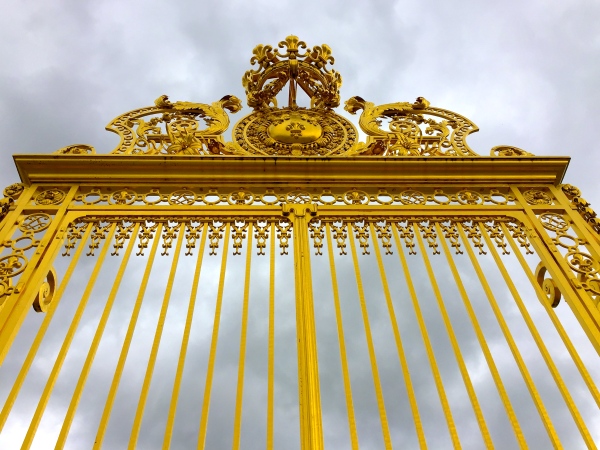 One day we ventured out to Versailles. Turns out we were not the only ones. During most of its history, Versailles has hosted a busy front yard bustling with horses, carriages, and working people. Today it can look down upon a few hundred meters of zigzagging, well-ordered lines of people waiting for entry.

Versailles is a thing of beauty – feminine beauty by today’s standards. But a man of power and stature in the 17th century saw different ideals to aspire to. In Louis XIV’s time, the height of manliness was a soft, plump, slightly rounded middle-aged cherub face and angelic curls. A wig of course. And a man of court was to carry red or blue garments and a lace neckerchief; and wear high-heeled dancing shoes, along with shorts that left his tight-covered legs visible for admiration.

Yes. Men were admired for their curls and their legs, and their angelic appearance. Get used to it. Everything that is manly today was downplayed. Where was unruly, wild hair? A beard? A strong jaw, muscular arms, and a flat stomach? Things that are admired in men today were nonexistent in the French baroque and following rococo period. Only height carried over to today as a connecting trait. And the only manly physique displayed was legs, and ideally with strong calf muscles. Calf muscles! How fetishous should any woman be judged today if she drooled after calf muscles?

As we watched the never-ending rows of paintings depicting some seriously flamboyant men, my sister pointed out that the function of the 17th century men’s sense of esthetics was to appear as peacocks, or those male tropical birds that show off with bright colors and dance and make decorated nests. Indeed. Louis XIV’s idea of a dream “man cave” was to decorate it with cherubs, gilded vines, Roman gods, and fountains. Not exactly a fanfare to masculinity in today’s terms.

But men of the 17th century also saw warfare, murder, death, and violence as part of normal daily order of things. Being out in the battlefield, dirty and bloody, seeing comrades die was not too far from reality, even for the highest commander. Perhaps a balance was needed – and hence all the gilded vines and angels off-duty?

As I walked through the flowery gardens of the Versailles, I could not help but wonder: were men of Louis XIV’s era emancipated in respect of a female identity alongside a very masculine identity? Or were they repressing their male identities in comparison to a strong, feminine-directed collective sense of esthetics? Did these men of the Sun King’s time truly consider cherubs cool interior decorations for their walls, or were they forced to think they needed to consider them befitting a man’s house?

And would I, the modern female, seem very vulgar and masculine in the eyes of the men of court of the 17th century? 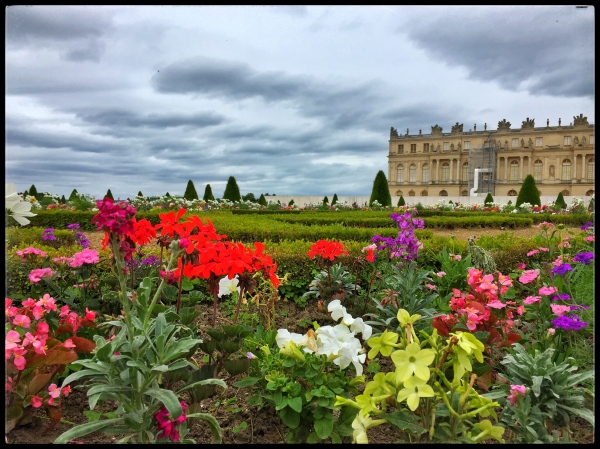