We reached Lukla at last light. The trek back from Namche Bazaar was 5.5 hours and 25 km. And lo and behold: even the roof of the world has a Starbucks of its own. Probably with great wifi. I was not sure whether to laugh or to cry. I did neither – instead I went to our teahouse, FaceTimed with my sister (yes indeed, if you are looking for unspoiled Nepal do not do the Everest Base Camp Trail), and had some Tibetan hot tongba millet beer to get warm. One kids’ sandbox cup of fermented millet and refill after refill from a hot thermos of water is enough to get my head in a proper spin. A little like the helicopter’s rotor earlier that day.

Apparently one of the most famous contemporary climbers (David Lama) sat in the next table. I was educated on this matter days later, when I encountered the same bunch of German guys in Kathmandu. They could not understand my ignorance. Truthfully, I had much too good a time with the guides and our sherpa, who usually leave their guests alone and even dine in a separate table. Not this time. 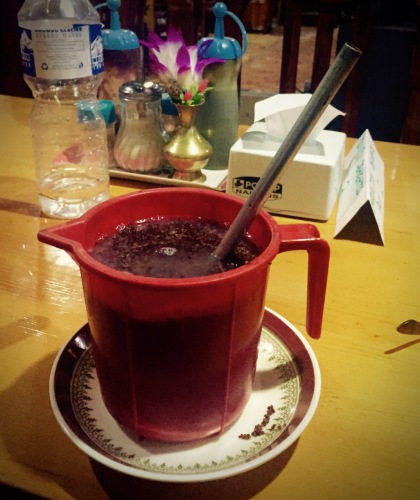