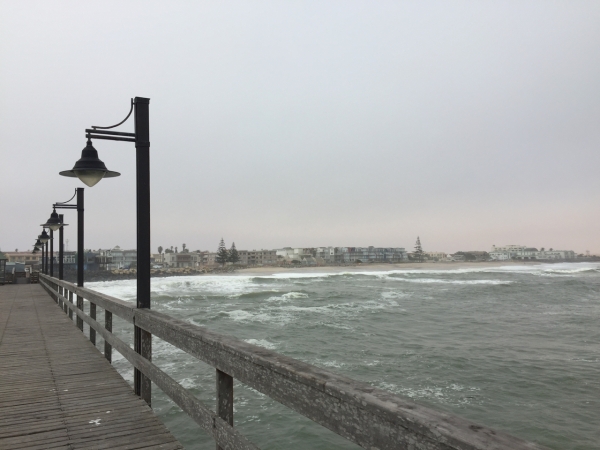 Swakopmund is a cute, little, heavily German-influenced town. It is not cozy and it has the broad, grid-like streets of an American town, but there are a couple of pedestrian shopping streets and a nice waterfront. There is even a German-owned curiosa shop stock-full with memorabilia from the German colonialization time, when Namibia was the “German Southwest Africa”. It would seem that many Germans are interested in the history of their African colony, but I could not help but wonder if it really was such a glorious and justified time as the memorabilia make it sound like?

One German thing has been deeply ingrained into the Namibian DNA: order. Yes, even in Africa. No litter, properly built houses and streets, and everything works. And the most surprising thing for Africa: you can pretty much drink out of any faucet or water source (except for the gray water used for gardening). Any faucet made for human use spills out potable water. Yes, somehow this is still Africa.