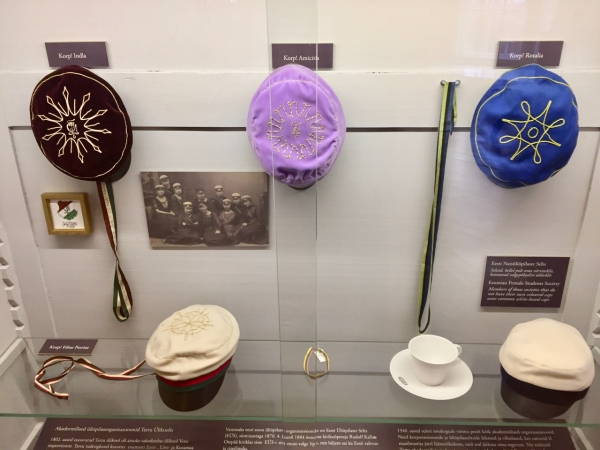 It turns out Estonian student life is not that different from Finnish student life. And probably both cultures have their origin in Sweden. Velvet caps and all. Estonian caps seem to be much more colorful than the Finnish ones. The contemporary Finnish cap is pretty much similar to the one on bottom right, except for that it bears a golden lyre emblem of one’s university.

In olden times, a student would proudly wear his/her cap from May Day to end September. Today, in Finland, the student’s cap is mainly worn on May Day, by both young and old. At least in Estonia the rule is that when one is relieving oneself in the lavatory, one removes the cap and either gives it to a friend or sticks it somewhere where it stays clean. Just not on one’s head.