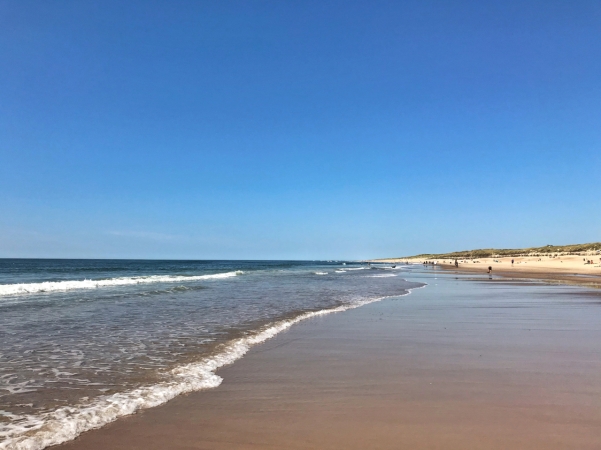 With its brackish water, its smattering of islands between Finland and Sweden, and limited and slightly altered flora and fauna, the Baltic Sea is an inland sea and far from an ocean. Every seven years a huge saltwater swell pushes up the salinity gradient a notch, and slowly the rivers trickling down into the sea change it back towards sweet.

The animals and plants living in the Baltic Sea are the sturdiest, most adaptable ones that don’t mind the in-between conditions. Sweetwater perch and pike thrive in the sea. Seagulls and large cormorants don’t mind the smaller fish to eat. The herring has become a bonsai variant, called Baltic herring in English and something entirely different from herring in Swedish and Finnish.

How convenient: if you live in Demark just pick your kind of seascape.