No, this is not Canada. It is West Denmark, as high up as one can get. That means a mere 137 meters above sea level. And no, this photo is not from January. It is from late October, when we suddenly had a week of frost and snowfall. Except for on that particular day I am convinced that only the Mols Bjerge microclimate had proper snowfall and it was because we were there, in anything but winter hiking gear.

It was cold. It was wet. It was quiet. We stopped for knapsack lunch at a hikers’ shelter and wished we had brought matches to light a warming fire. The blue tits fluttering around the fireplace probably wished the same. I wished I had brought brandy for my tea.

On the path through a parkland we encountered a woolly cow and her baby. They were dressed for snowfall and frost. I was not. My woolly base layers, fleece gloves, and scarf were still back in Finland (how could it ever snow in Denmark in October?). 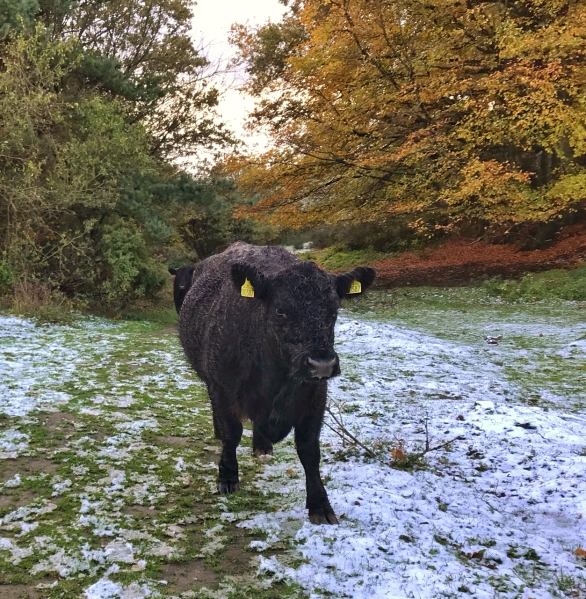