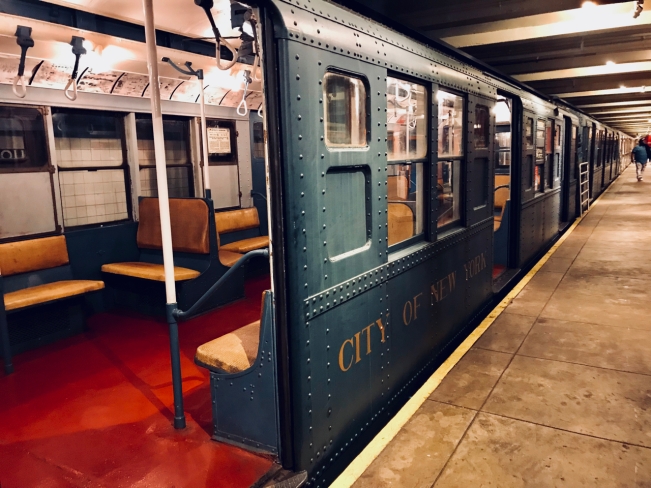 When learning about a foreign city, one can go to history museums. Or art museums. Or the more random museums, like the New York transport museum, hosted in an old unused subway station. And learn how, long ago, subway trains had nearly stylish rattan imitation seats.

Or how, even longer ago, before there were subway trains there were streetcars, jam-packed with gentlemen in hot sweaty suits and ladies with two-meter circumference of crinoline squeezing together like sardines in a can. In rush hour surely the streetcar spilled over with skirt hoops and lace and top hats. 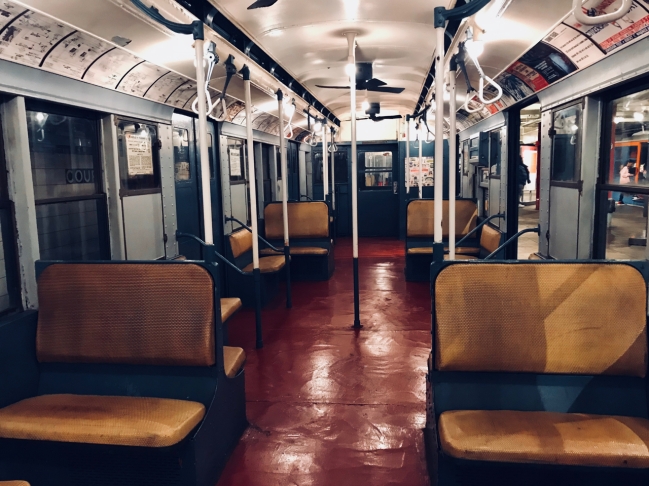 The most interesting detail of the Transport Museum is the advertising on the walls of old train cars. Much of it is from WWII, and the strangest references were made to the war. It is also a reminder of how the government raised its own citizens’ money to fight a war outside of US turf by issuing war bonds yielding less than the market rate of other reasonable investments.

Some lovely soul has also been fixated with turnstiles. Yes, turnstiles. There is a collection of probably every single model of turnstile used in the history of the NYC subway. And that is surprisingly many – we just do not pay attention. Someone more attentive did – and collected them all. 🙂 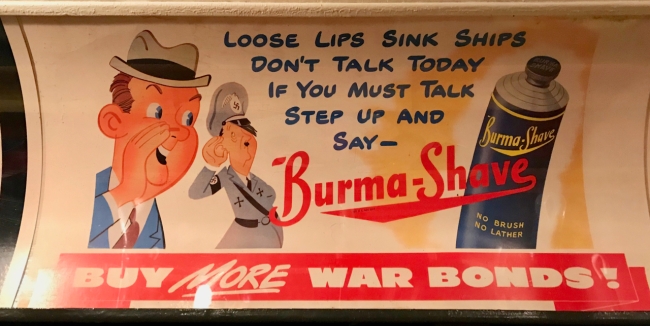